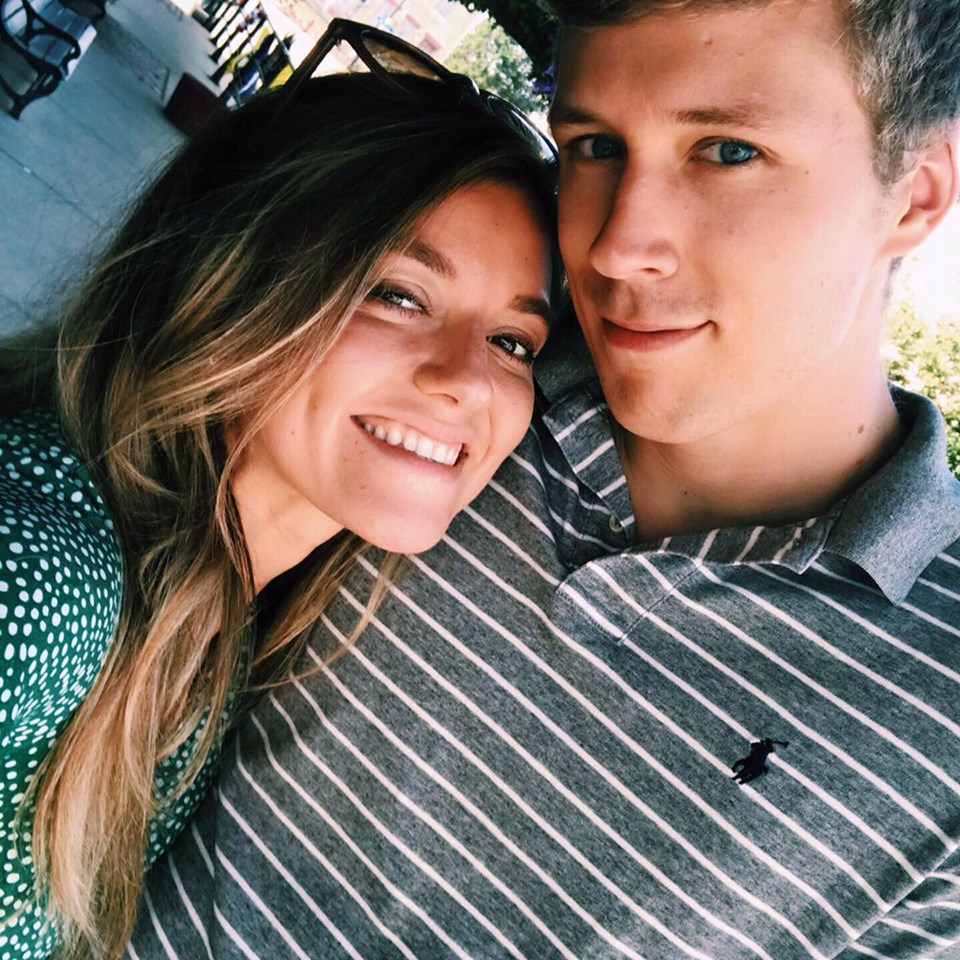 Five years ago today, I started dating this amazing human being! I am so grateful to have met such a caring, smart, & inspiring person.

Now, I am not saying our relationship has been butterflies and rainbows. We were not together one of those five years, but I can truly say we are currently right where we’re supposed to be.

Throughout our time together, we learned what building a long-term relationship looks like and now understand it takes a heck of a lot more work than we thought. Every day, we have to practice patience and communication at the ultimate level. This means that we are able to openly communicate about things that are bothering us, which creates a space for us to work through them together, as a team.

I didn’t always think relationships were this way. I grew up watching romantic comedies and assumed all relationships were supposed to include a handsome man running in the pouring rain to confess his love for you. Cue the happily ever after song. Clearly, I romanticized the idea, but that’s what I always compared relationships to. As you get older and learn more about how people operate, you realize it’s so much more than what is on the surface.

Anyhow, the classic romcom is not exactly how our love story transpired…

Marcus and I met a little over 5 years ago on a Saturday night at a party that he and his roommates were throwing. Earlier in the day, my roommate asked if I wanted to join her at her friend’s party. I thought it might be fun since I did not have any plans and I wanted to meet some new people. She casually mentioned that her friends had a new cute blonde roommate, but I didn’t think too much about it at the time.

When I got to the party, I was mingling with everyone at the party and barely even talked to the “new cute blonde roommate.” It wasn’t until a little later that night a few of us started playing Jenga and the blonde guy and I sparked up a conversation. I must have had a couple drinks in me because before I left, I told him he was cute. He told me his name was Marcus and we exchanged phone numbers.

We texted the next day for a bit, but the conversation fizzled out pretty quick. That could have easily been the end of our story, but what I like to call fate, I saw him on campus about a week later.

It was a brisk Friday morning and I was rushing to class, when I saw Marcus from afar flying a drone. I texted him after saying I think I saw him, and the conversation flowed from there. Eventually, he asked if I was going to the concert that the campus was putting on later that night. I affirmed that I was planning to go with a few friends, and he said he was not going but I should message him after. Me and a few girlfriends went to the concert and then to some house parties after. He messaged me after if I wanted to stop by to hang out when I was done. I made it clear I was not “that type of girl” and he said he was happy about that and thought we could watch a movie and hangout. That seemed innocent to me, so I trotted on over. And it was wonderful! We hung out and played Kid Cudi on the stereo while getting to know each other. As we were sitting there, we noticed it started pouring rain outside. So, I gave him a look and said, “do you want to go run in the rain?” He delightfully accepted and there we were running in the rain at midnight on our first “date.” After that night, I knew this guy was going to be special.

We started hanging out regularly but Marcus, not having a lot of dating experience, thought he had to continue playing a little hard to get. Sometimes, he would wait until 7pm to text me and or wait for me to ask to hangout next. So, it was a slow and steady start. But when we started to become more comfortable with each other, it was time to make things official.

On October 30, 2014, Marcus VerHage asked me to be his girlfriend. Here is the short story: I was walking back to my dorm from the gym and he ran up to me and gave me a small key. He said to wait, and I would eventually find out what it was for. I went back to my room and looked around. I was stumped. I texted him that I didn’t know what to look for and he said, “look up”. That is when I noticed a New English Dictionary squished between two of my books. Not just any Dictionary, but a fake Dictionary that was actually a safe and what do you know…. had a key slot in it. When I opened it, I pulled out a couple things inside from our past dates and a note asking me to be his girlfriend.

After we were an official couple, we began experiencing more important events together. We went to Chicago around Christmas time for his mother’s birthday. We celebrated our first Valentine’s day at a fancy restaurant together. We said we loved each other for the first time. He claims I said it first, but HE SAID IT FIRST. He “thought” I said it and replied “I love you too.” Still knowing I hadn’t said it first, I replied, “I love you too.”

In the meantime, while all of these wonderful memories were being made, we knew it was just getting closer to when Marcus had to graduate. I was a sophomore and he was a senior in college.  2 years a part does not seem like much of an age difference, but it doesn’t make it easy when you’re in college and you are on different graduation schedules. I tried not thinking much about it until he got a job offer in the Madison area. Then it really started to hit. We loved each other but was it enough to have a long-distance relationship for two years after being together for less than a year?

At the time, I was not ready to say goodbye. So, we decided to try long distance for a while. We found weekends to visit each other and kept in touch as much as possible, but I could tell distance was taking a toll on our relationship.

We went to Miami in March 2016 for a spring break trip. When we got back, we made a mutual decision to put our relationship on the back burner for the remainder of my time in college. This was not a FRIENDS “break”, but a real break up. I figured if we were meant to be, we would find our way back to each other. I was not sure what the future held and didn’t know if we would ever get back together. But there were some things we both needed to figure out about ourselves before we were to commit to someone long-term. At this point in time, I had a year and a half left of college.

The breakup was not easy, but it helped me learn so much about myself. I met new people. I experienced new things. I did a lot of self-reflection. And I am so grateful for that time. We kept in touch periodically to check in but kept it minimal to not get too deep in the weeds about how we were doing without each other.

As graduation edged closer and closer, I knew I had to decide. I could stay in La Crosse (my internship offered me a full-time job), move out of state to explore, or move to Madison to follow a hunch that there may be something left. I chose Madison. Don’t get me wrong, I was excited to move to Madison for more reasons than just that, but it helped the cause. I applied to a couple jobs and luckily, got one before I graduated. I moved to Madison in May 2017 and Marcus and I gave our relationship a second chance. I can tell you it was not the easiest transition. We basically had to start our relationship all over.

But since then, we have really worked on every aspect of our relationship and it has become the best masterpiece I have created. At first, it takes a lot of work to establish expectations and boundaries, but once you get the hang of each other, it becomes quite simple. As I mentioned earlier, good communication is huge when it comes to creating a healthy relationship. During our testing of this process, we shared some things with each other that probably weren’t easy to talk about, but we knew it was important in order to build trust. No one is perfect and I don’t expect either of us to be. So, to this day, I can say we have a very strong relationship and I only hope to grow that bond even stronger in the future.

I get that this may seem like a lot of work to put into a relationship, but I strongly value relationships in my life. I believe human connection is one of the most important aspects in creating a life with minimal regrets, especially with your partner you spend everyday with. Being in a relationship makes me want to be a better human for myself, for my partner and everyone else around me. A strong couple can do great things if they work together.

Marcus, sorry for sharing our entire story on the web. I love you and Happy Anniversary. 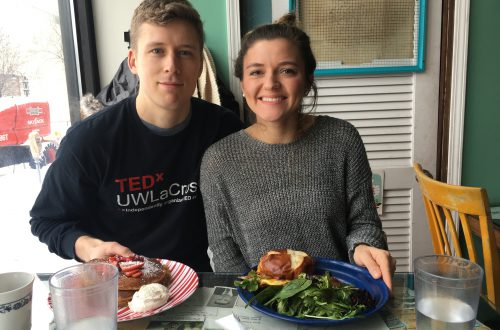 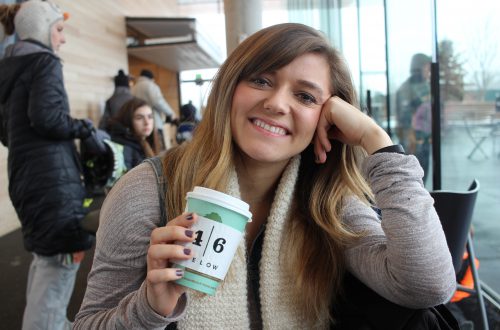 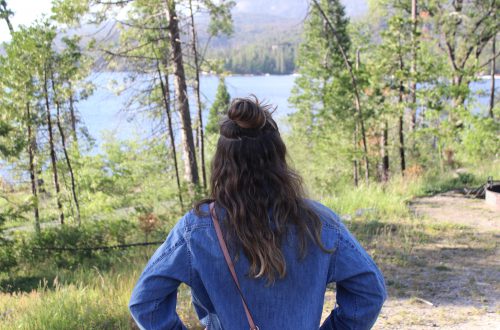